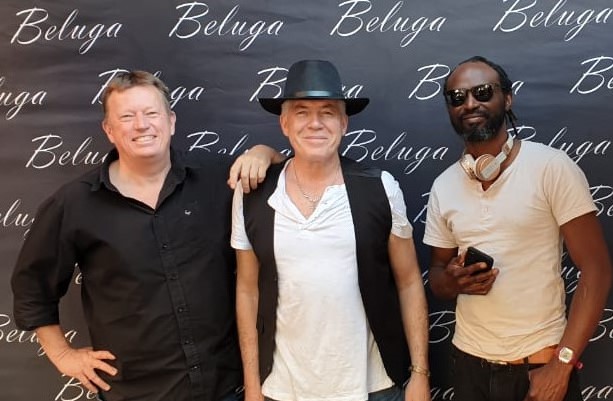 Filling in for an absent drummer, our drummer did a show with the Urban Blues band at the upmarket Beluga Restaurant in Cape Town. Urban Blues has become Cape Town’s most active blues trio, with local blues-man Johan van Niekerk driving the band. On bass was the superbly talented Nigerian bassist, Hawkins Boje.

Urban Blue’s regular drummer has not gone far…, he just had another commitment for the day, so Doppler Effect loaned them a drummer.

It was a really great gig, with much applause all afternoon from a great audience.